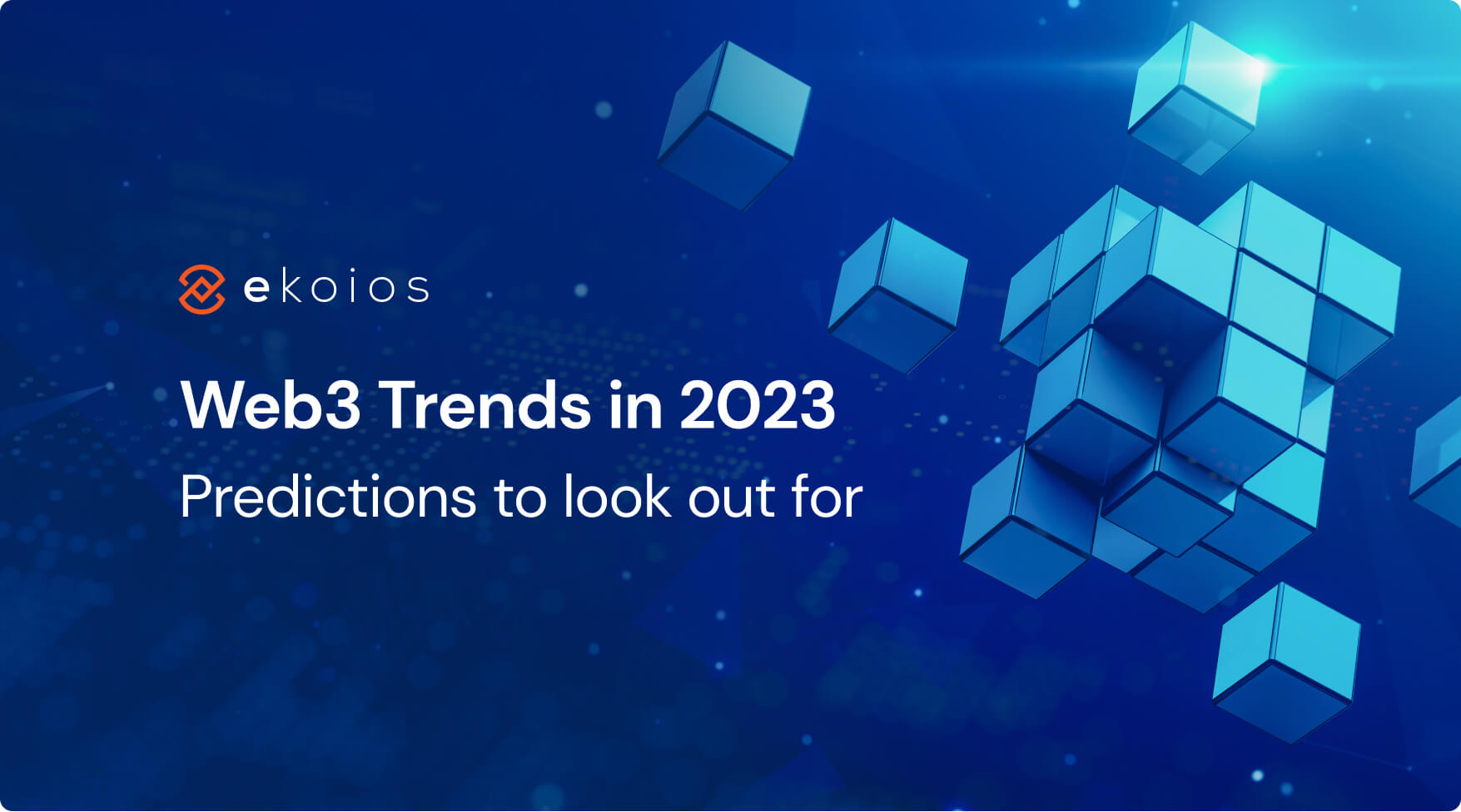 Blockchain is poised to be the next natural evolution of the Web. Signs of the new decentralized web are creeping up every now and then, and this year, you can expect to see the following trends become increasingly common. Let’s find out the emerging Web3 trends in 2023:

Reflected by these solvency concerns was the stark underperformance of CEX tokens:

In 2022, we saw signs of social media platforms struggling to keep their users. And with Elon Musk’s recent Twitter takeover, people have started to wonder if centralized power should even be a thing anymore.

In Web2, a user is still largely beholden to the community standards of the platform that they’re posting on, but with a Web3 social media network, things could change for the better, since all the changes that come with Web3 are all about the users.

You can expect the following advantages from a Web3 social media network:

🔎 Example: Mastodon can be regarded as a decentralized version of Twitter. Although not running and reliant on blockchain technology, it describes itself as a “federated network which operates in a similar way to email”.

If there’s anything we could learn from the initial adoption of Web3, it’s that short-sighted thinking leads nowhere. Take the gaming industry, for example, revenue-driven projects have been the cause for the stark decline in game quality, and with the hype gradually slowing down, people are starting to realize that prioritizing the “earn” factor in their games no longer works.

Sustainability is the new keyword in 2023 for emerging blockchain projects, but it’s still a long road getting there as people are still figuring out what’s the best way forward. Based on past failed projects, it’s clear that we know what didn’t work – that is prioritizing monetization over longevity.

Anyone familiar with blockchain technology understands that, despite all the good things about it, public blockchains still have several limitations, namely its overly long verification process, and the zero-knowledge proof is a mechanic that’s poised to change this.

To put it simply, zero-knowledge proof (ZKP) helps the “prover” convince a “verified” that he has the true secret without revealing the secret itself. In the blockchain world, ZKP is especially useful to bring more privacy into public blockchains.

For example, Zcash – a privacy coin – is based on a type of ZPK that allows for enhanced privacy when compared to other types of cryptocurrencies. With Zcash, participants and stakeholders of any transaction are not revealed to the public, but those involved in the transactions will still be aware of the amount exchanged, making it an ideal way to do private transactions without revealing all the sensitive details to those outside of the transactions.

New use cases for NFTs

With a peak trading volume reaching $17.2 billion in January 2022, it’s understandable why NFTs were all the rage last year. The market is steadily stabilizing, but existing NFTs with little to no value offered to buyers are finding it increasingly difficult to sell.

Big brands are already joining in on the fun with their own utility-driven NFTs, such as Starbucks with their NFT-based rewards program, or Reddit’s CryptoSnoos NFTs which can be used as the avatar of the owner’s Reddit account, topped by a distinct glowing animation.

The collapse of the FTX giant in early November last year can be described, as one of the attorneys representing the company put it, as one of the most abrupt and difficult collapses in the history of corporate America. It left an estimated 1 million credits with losses of billions of dollars, and even now, it might take some time still to figure out what went wrong at FTX.

After the collapse of the FTX giant in early November last year, even the White House had to step in and call for more regulations of cryptocurrencies. Emerging from this collapse are learning opportunities – and more regulations are deemed necessary to make similar corporate collapses less likely to occur in the future.

As we’re going into the year, it’s going to be an exciting ride. There’s undoubtedly a lot of work that needs to be done before Web3.0 is a fully-realized reality, but web3 trends in 2023 are looking to be a year where many of the current difficulties – such as lack of crypto regulations, centralized social media, unsustainable projects, and utility-missing NFTs – are met with real solutions.

Got a web3 business idea that you’re confident with?
Browse our web3 development services and see what suits you