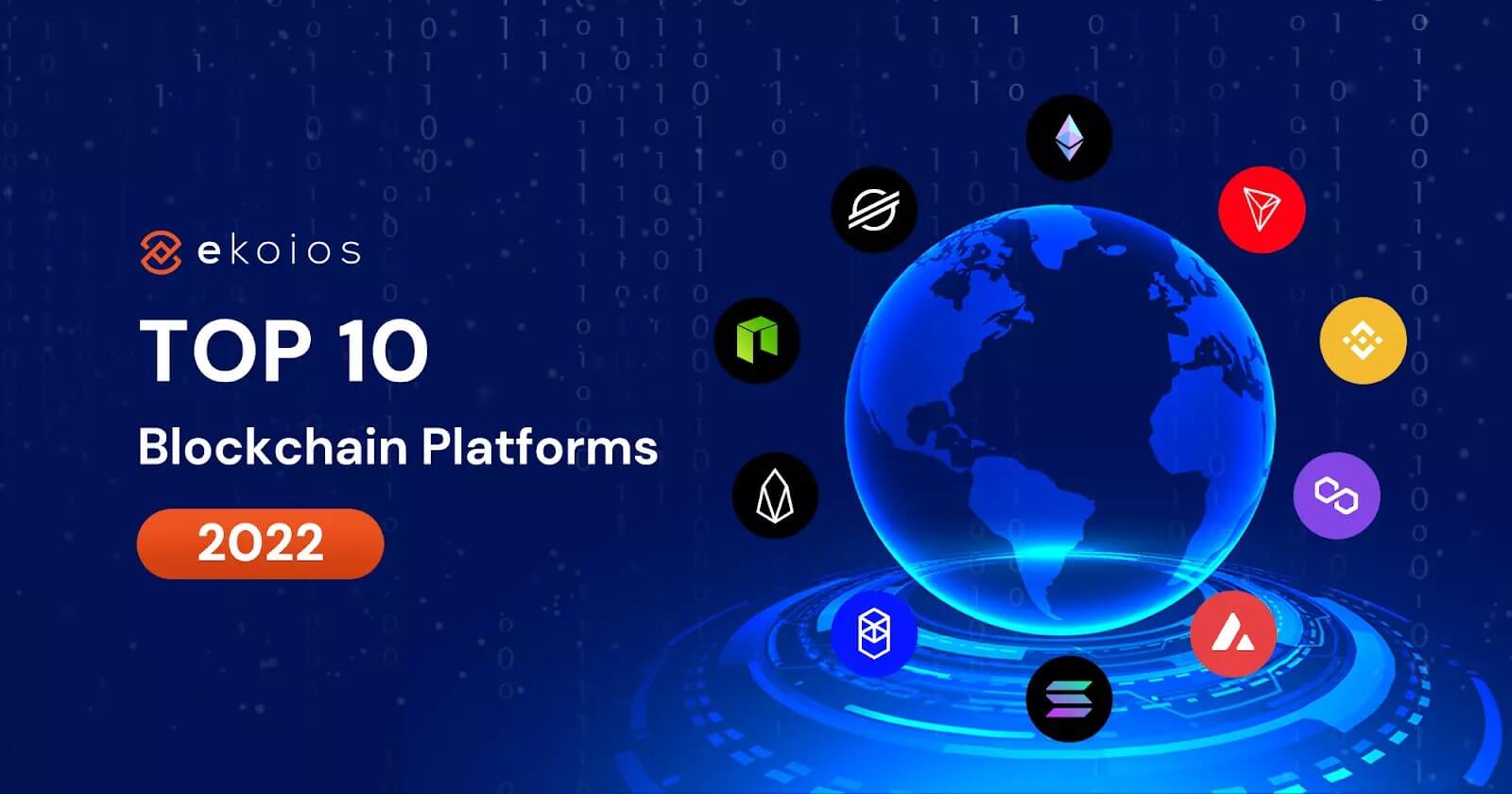 Blockchain is a revolutionary technology that initially surfaced as a way to disrupt the financial industry. In the quest for a more secure and private way to manage finances online, it was the perfect answer. Nowadays, blockchain is being used in many different industries other than just finance thanks to its truly decentralized nature.

Consequently, we’re seeing the emergence of various blockchain platforms, each with its own unique applications, from data management to transaction processing. So if you’re looking to get in on the blockchain action, here’s a list of the top 10 most popular platforms (that we’ve developed hundreds of projects on) for your reference!

Before getting started, here are the definitions for the terminologies we’ll be using throughout the article:

Kindly noted all platforms listed below are public – read more about public and private blockchains, definitions, and blockchain use cases here.

Currently the No.1 platform by a long shot, Ethereum is intended to be much more than just a medium of exchange or a store of value. The decentralized platform establishes a peer-to-peer (P2P) network that securely executes and verifies application code called smart contracts – home to thousands of games and financial apps.

Founded by a Singapore non-profit organization, Tron aims to host a global entertainment system for the cost-effective sharing of digital content. The platform utilizes the P2P network and blockchain technology to cut out the middlemen, letting content producers sell their products directly to customers.

Binance Smart Chain is a blockchain platform designed to help users manage their cross-chain digital assets with huge capacity and low latency. Compatible with Ethereum apps and parallel with Binance’s native Binance Chain BC, BNB users can enjoy both the high transaction capacity and the smart contract functionality.

Developed as a “layer 2” or “sidechain” solution for the Ethereum platform’s issue of traffic congestion, Polygon enables users to scale easily with high-speed and low-fee transactions. Said transactions will be handled on a separate blockchain, then return to the Ethereum chain for post-processing. As an alternative to Ethereum, Avalanche also uses smart contracts to facilitate a wide range of blockchain projects. The platform prioritizes speed and scalability, with an impressive TPS of 5,000 per second, backed by the parallel nature of its consensus mechanism. This superior ability has gained Avalanche the fifth position after just 3 years of launch!

Solana is another blockchain platform designed to host decentralized applications. Within this top 10 list (or even the entire industry), it boasts the highest TPS of 29,000, all while keeping transaction fees low! This is made possible through an innovative consensus model: combining a version of Proof-of-Stake synchronization with its own unique Proof-of-History algorithm.

EOS is an open-source network that is based on the decentralized technology concept which offers the capability for the end-user to perform various tasks on the EOS platform. The platform carries out the Delegated Proof-of-Stake consensus algorithm and also has its own community forum, enabling developers to discuss their queries and applications.

Stellar, a distributed ledger network under blockchain technology, furnishes a fast and cost-effective cross-border payment solution to business enterprises and individuals. Through the utilization of the stellar blockchain platform, building mobile wallets and smart banking tools like the Paypal online payment sphere is possible for developers.

Flow is the powerful blockchain platform behind some of the most popular applications in crypto, NFTs, and gaming. Surely you’ve heard of CryptoKitties and NBA Top Shot? Designed for extensive scaling with native node subdivisions and without sharding techniques, Flow simplifies blockchain transactions, making them more speedy and cost-efficient.

That’s a lot of information to process. So we’ve also prepared a summary chart for your convenience Select a blockchain platform for your project

Each project, business and industry has distinct needs when it comes to blockchain development, thus you’ll need some extensive research before making the decision. We suggest that you note down the project’s requirements for the following criteria, then cross-reference them with different platforms to find the best fit.

Now that all the top 10 platforms have been covered, hopefully, you’ve gained a general idea of blockchain platforms and their versatile usabilities. While Ethereum remains the prominent host for projects and apps, revolutionary solutions are well on their way with outstanding performance (Solana’s TPS theoretically can reach up to 100,000!) and applications.

We also blaze through the questions you need to ask when selecting a platform for your next blockchain project. But if you’re still unsure and the readings seem endless, just leave it up to the experts! With 5+ years of experience in blockchain development and 140+ successful projects, our team at Ekoios is confident to advise you on the optimal solution using the latest technology, and follow through with speedy and high-quality delivery.

📌 Book a free consultation with us today