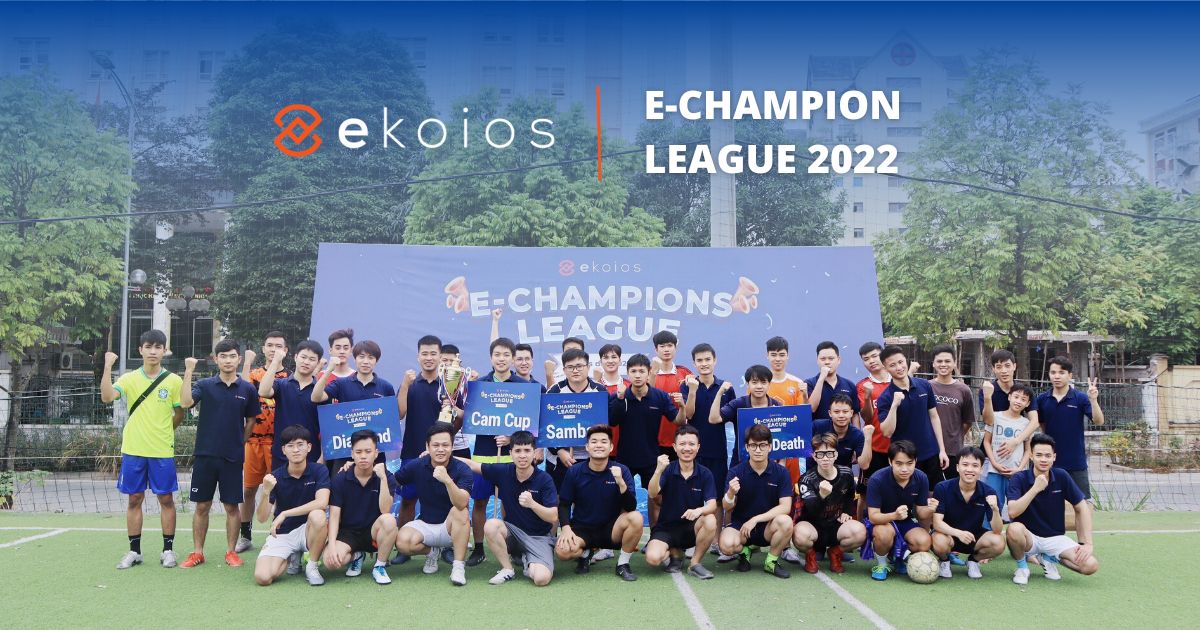 On November 19, the Ekoios internal football tournament – E-Champions League 2022 took place successfully at Dong Do 2 football field. As a part of the Men’s Day 2022 event, E-Champions League is an opportunity for Ekoios-ers to interact, exercise and improve health.

With the participation of nearly 40 players, divided into 4 teams, E-Champions League 2022 impressed spectators with intense football matches, skillful passes and spectacular goals. The spirit of solidarity and fair play also contributed to the success of the tournament. Besides, the atmosphere at Dong Do 2 football field was also warmed up by the enthusiastic cheers of the cheering team.

In the end, with the youth, endurance and fiery, Samba team samba successfully conquered the tournament championship. Along with that, the second, third and fourth prizes belonged to the Cam Cup team, Diamond team and The Death team. After the tournament, a happy lunch at Lebeer restaurant also brought the players and cheering team refreshing moments. Tran Duy Thuong – a team member shared: “It’s been a long time since I gave my best on the football field, although my team didn’t win the championship trophy, the important thing is that I and my teammates had a good time together. I’m looking forward to the next season.”

E-Champions League 2022 has ended, but the explosive emotions at Dong Do 2 football field seem to be still intact. Let’s wait for the next football tournaments to be held at Ekoios in the near future.